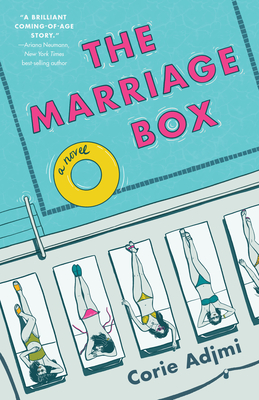 Casey Cohen, a Middle Eastern Jew, is a sixteen-year-old in New Orleans in the 1970s when she starts hanging out with the wrong crowd. Then she gets in trouble–and her parents turn her whole world upside down by deciding to return to their roots, the Orthodox Syrian Jewish community in Brooklyn.

In this new and foreign world, men pray daily, thanking God they’re not women; parties are extravagant events at the Museum of Natural History; and the Marriage Box is a real place, a pool deck designated for teenage girls to put themselves on display for potential husbands. Casey is at first appalled by this unfamiliar culture, but after she meets Michael, she’s enticed by it. Looking for love and a place to belong, she marries him at eighteen, believing she can adjust to Syrian ways. But she begins to question her decision when she discovers that Michael doesn’t want her to go to college–he wants her to have a baby instead.

Can Casey integrate these two opposing worlds, or will she have to leave one behind in order to find her way?