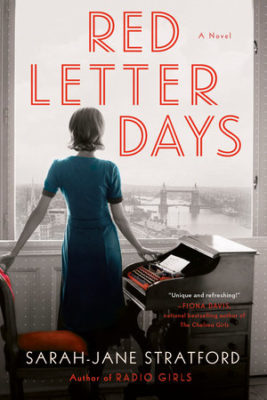 Amid the glitz and glamour of 1950s New York, Phoebe Adler pursues her dream of screenwriting. A dream that turns into a living nightmare when she is blacklisted—caught in the Red Menace that is shattering the lives of suspected Communists. Desperate to work, she escapes to London, determined to keep her dream alive and clear her good name.There, Phoebe befriends fellow American exile Hannah Wolfson, who has defied the odds to build a career as a successful television producer in England. Hannah is a woman who has it all, and is now gambling everything in a very dangerous game—the game of hiring blacklisted writers.

Neither woman suspects that danger still looms . . . and their fight is only just beginning.

Sarah-Jane Stratford will be in conversation with Fiona Davis, author of The Chelsea Girls 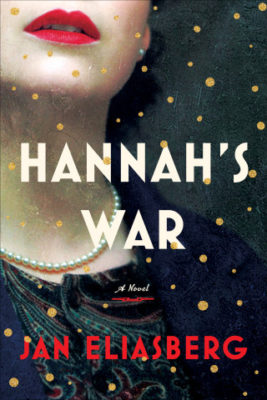 Berlin, 1938. Groundbreaking physicist Dr. Hannah Weiss is on the verge of the greatest discovery of the 20th century: splitting the atom. She understands that the energy released by her discovery can power entire cities or destroy them. Hannah believes the weapon’s creation will secure an end to future wars, but as a Jewish woman living under the harsh rule of the Third Reich, her research is belittled, overlooked, and eventually stolen by her German colleagues. Faced with an impossible choice, Hannah must decide what she is willing to sacrifice in pursuit of science’s greatest achievement.
New Mexico, 1945. Returning wounded and battered from the liberation of Paris, Major Jack Delaney arrives in the New Mexican desert with a mission: to catch a spy. Someone in the top-secret nuclear lab at Los Alamos has been leaking encoded equations to Hitler’s scientists. Chief among Jack’s suspects is the brilliant and mysterious Hannah Weiss, an exiled physicist lending her talent to J. Robert Oppenheimer’s mission. All signs point to Hannah as the traitor, but over three days of interrogation that separate her lies from the truth, Jack will realize they have more in common than either one bargained for. 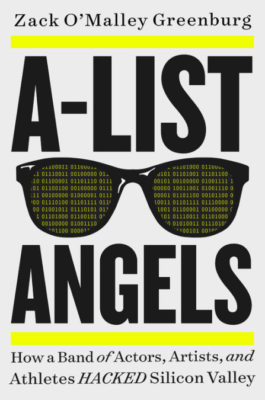 How much is celebrity really worth? In a growing trend, Hollywood’s biggest stars from Ashton Kutcher to Beyoncé have set out to turn their fame into bankable capital by tossing out traditional endorsement deals in favor of strategic partnerships that grant them a stake in today’s top companies. Ushered in by 50 Cent’s deal with Vitamin Water — in which the rapper took equity instead of cash, eventually walking away with a nine-figure haul — celebrities of all different colors, genders, and talents have learned to capitalize on the invaluable benefits of their platform and visibility.
The ever-evolving, mutually beneficial relationship between Hollywood and Silicon Valley has led to everything from laughable flops and billion-dollar profits to rock star CEOs and paparazzi-worthy boards of directors. Through extensive reporting and exclusive interviews with stars like Shaq, Nas, Sophia Bush, and Steve Aoki, Forbes senior editor Zack O’Malley Greenburg takes an up-close-and-personal look at the rise of celebrity investors and their impact on companies including AirBnB, Spotify, and Uber. 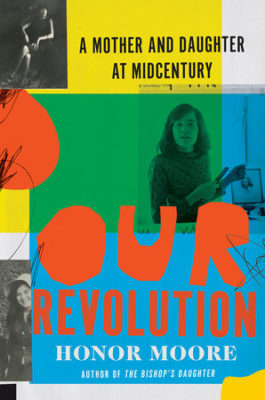 Julian Tepper reads from his new book Between the Records

Jules and Adam Newman’s complex, often hostile, relationship has long fueled their music careers as they followed in their father’s footsteps. After the release of their debut record, and while struggling to write tracks for the followup, the brothers begin to clash. Jules, the younger brother, feels cast aside and ignored by Adam, who has long been accustomed to having things his own way. From the studio to the stage and across the countless miles in between, Julian Tepper’s third novel is a moody and heady work of autofiction based on his days in the Natural History, which he and his brother formed in 2001. Between the Records examines brothers, fathers, rock and roll, and the personal demons therein—both musical and familial.

Julian Tepper is the author of two novels, Balls (Rare Bird) and Ark (Dzanc). As the member of the band The Natural History, he recorded two albums and co-wrote the hit song, “Don’t You Evah” for the legendary indie-group, Spoon. 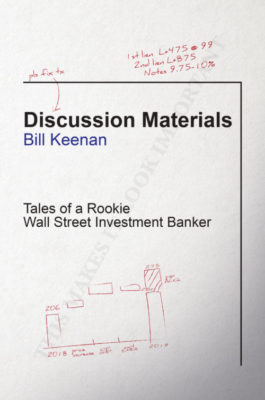 Discussion Materials gives the reader an honest look at Wall Street from someone in the trenches. After graduating from Columbia Business School, Bill Keenan joined Deutsche Bank’s investment banking division as an associate where despotic superiors (and the blinking red light of his BlackBerry) instilled low-level terror on an hourly basis. You’ll join him in his cubicle on the 44th floor of 60 Wall Street as he scrambles to ensure floating bar charts are the correct shade of orange and all numbers are left-aligned, but whatever you do, don’t ask him what any of it means. Leaning heavily on his fellow junior bankers and the countless outsourcing resources the bank employs, he slowly develops proficiency at the job, eventually gaining traction and respect, one deal at a time, over a two-year span, ultimately cementing his legacy in the group by attaining the unattainable—placing a dinner order on Seamless one Sunday night at work from Hwa Yuan Szechuan amounting to $25.00 (tax and tip included), the bank’s maximum allowance for meals—the perfect order.

After a middle-class Republican childhood and a few years as a Communist sympathizer, Dorothy Day converted to Catholicism and became an anomaly in American life for almost fifty years. As an orthodox Catholic, political radical, and a rebel who courted controversy, she attracted three generations of admirers. Day went to jail challenging the draft and the war in Vietnam. She was critical of capitalism and foreign policy, and as skeptical of modern liberalism as political conservatism.

Her protests began in 1917, leading to her arrest during the suffrage demonstration outside President Wilson’s White House. In 1940 she spoke in Congress against the draft and urged young men not to register. She frequented jail throughout the 1950s protesting the nuclear arms race. She told audiences in 1962 that President Kennedy was as much to blame for the Cuban missile crisis. She refused to hear any criticism of the pope, though she sparred with American bishops and priests who lived in well-appointed rectories and tolerated racial segregation in their parishes.

Dorothy Day is the exceptional biography of a dedicated modern-day pacifist, the most outspoken advocate for the poor, and a lifelong anarchist. This definitive and insightful account explores the influence this controversial and yet “sainted” woman still has today.