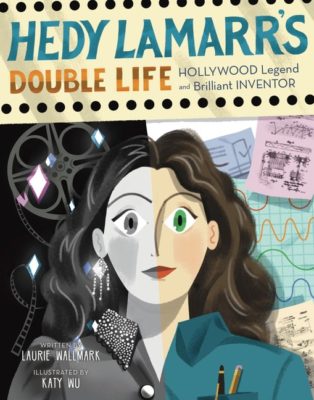 To her adoring public, Hedy Lamarr was a glamorous movie star, widely considered the most beautiful woman in the world. But in private, she was something more: a brilliant inventor. And for many years only her closest friends knew her secret. Now Laurie Wallmark and Katy Wu, who collaborated on Sterling’s critically acclaimed picture-book biography Grace Hopper: Queen of Computer Code, tell the inspiring story of how, during World War Two, Lamarr developed a groundbreaking communications system that still remains essential to the security of today’s technology.