Celebrate the publication of The Fifth Hero with Bill Doyle 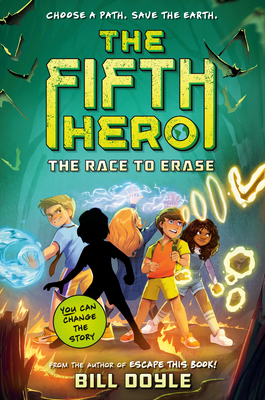 Not so fast! Four kids who secretly possess the powers of land, air, sea, and creatures are about to change the course of history. These kids may not be the likeliest of heroes, but they are determined to stop Calamity Corporation from destroying Earth. And they have a secret weapon: a fifth hero. YOU!

Throughout the book, there are three chances for you to help change the course of the story alongside our fearless team. Choose incorrectly and it’s game over. But choose wisely and you might save the planet!